Are the Tides Turning In Favor of Phoenix & Scottsdale Sellers? 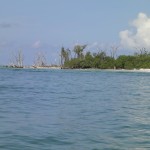 These are some insightful statements from the Cromford Reports for today (6/28/14):

"One of the more surprising things about the market this month is the relative scarcity of new listings. Over the last 4 weeks we have seen 5.5% fewer new listings added to the ARMLS database than during the same period in 2013. This is a total of 8,584 compared with 9,088 in 2013 and 8,971 in 2012. Since 2012 was a very weak year for new listings, in fact the lowest since our records started in 2000, this means we are setting new record lows at the moment. This is a recent development. Just last month we had slightly more new listings (up 0.7%) during the prior 4 weeks than at the same time last year. The trend appears to be accelerating too. In the last week we saw 11.4% fewer new listings than in the same period in 2013.

This lack of new supply is helping to balance out the effect of the continuing low demand. Normally at this time of year we start to see the active listing counts start to increase because buyers are less active during the months when high temperatures are consistently measured with 3 digits. However listing cancellation and expiry rates are much higher than last year so active listing counts are still falling.

If demand were to recover from its current lull then low supply could quickly become a serious problem for buyers as it was in 2012 and the first half of 2013."

Interestingly enough, I met with 2 different clients this week contemplating what to do their homes with impending relocations- both were in the $400K-$500K range, one in Scottsdale's 85254 zip code and the other in McCormick Ranch (85258). As I ran the numbers to see where values were, I was surprised at the fact there were as many or more sold & pending comps as there were active comps for each home. Mind you the $400-500K range is experiencing a boost at this point, performing better than other price segments, including the $300-400K range.

Spring 2014 has been the weakest in years as mostly a "buyer's market" and overall sales volume is down due to lower buyer demand, despite an overabundance of supply. Whereas a few months ago, I would have had to say, "Maybe you should consider renting...", selling is appearing to be the better way to go to make a clean break from a home.

Also interesting was that ARMLS's Weekly Lockbox Report indicates that lockbox activity is up nearly 6% over the last week and many colleagues I've spoken with recently also report more showings and calls for their listings. I can personally attest to having received 4 different showing requests in just the last 2-3 days alone for my listings. My phone seemingly has been perpetually recharging due to overuse and I'm now well over my allotted text limit for the month (a first for me!). In looking at that ARMLS report a bit closer, it actually appears that lockbox activity is not too far off from what it was last year...

Could it be that the buyers never really went away? Is it possible that their need still existed but just became passive as prices soared, perhaps outside of the realm of reality? I've heard from a few colleagues that appraisals have been an issue this spring and I'm trying to find a way calculate for large scale analysis (ie. for a zip code) what the sale price is compared to the original list price. This will take some time to do since neither ARMLS, nor the Cromford Report reports this figure into a nice neat stat.

It sounds like the Cromford Report is hinting at conditions being right to for another overall "Seller's Market", which already exists in places within certain segments (Arcadia or McCormick Ranch, anyone??).  Please stay tuned for details!

What to Know About Zestimates® & Online Property “Estimates”